Check Out His Hysterical Podcast and Webcast...

﻿"Thanks for arranging Magic Mike. He was excellent with the children. He had a good sense of the age of the kids and was great at getting participation from them. I have never seen the kids sit still that long. He really captivated and engaged them."﻿
﻿-Tara, Birthday-Child's Mum﻿

﻿"Magic Mike surprised us with a performance! It was great to have him there and he made us all laugh and had our jaws dropping with his illusions. Everyone had a blast and were very happy."﻿
﻿-James, Volunteer Coordinator, Place Maillardville community Centre-﻿

﻿"How to quiet and captivate the attention of 30+ hyper excited children and their families! Mesmerising!"﻿
﻿-Danielle Payette, Manager, Place Maillardville community Centre-﻿

Magic MikeLikey: A Man for All Seasons (Autobiography) 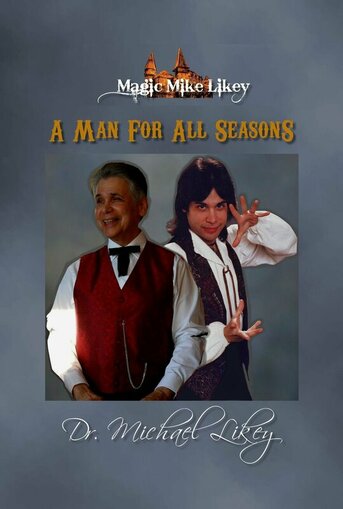 How does a humble Jewish boy from Montreal transform himself from graphic designer, to magician, to therapist, all the while enjoying the landscapes across Canada spanning some forty-one years? This is the subject of this book. When I first landed in Winnipeg from Toronto, and after a while, I checked out the local magic club, I remember meeting a magician whose business card read “A Man for All Seasons, Magic for All Reasons”; this is where the title of this book was inspired from! I’ve also changed the names and identities of most of the people here, as well as some of their careers/jobs, and the names of some places, and organizations for the sake of privacy/anonymity. Any resemblance to any person living or dead is purely coincidental. This is the story of my life of positively affecting my public in printed media, the medium of television, and finally the therapist’s couch and in social media. Some have called me a “Renaissance Man”, I choose to refer to myself as “A Man for All Seasons”. Decide for yourself.
Paperback: 304 pages
ISBN-10: 172211763X
ISBN-13: 978-1722117634
Product Dimensions: 6 x 0.7 x 9 inches
Shipping Weight: 1.2 pounds

﻿"We were so fortunate to have Magic Mike in our classroom to teach us some magic. The lesson was very interactive and the students were able to learn and practice new tricks.  Magic Mike was organized and open to answering any of the students' questions.  We all had a great time!"﻿
﻿-Grade 5 Teacher, Surrey School Division, B.C.-﻿

Producer of His Own Educational Magic DVD's 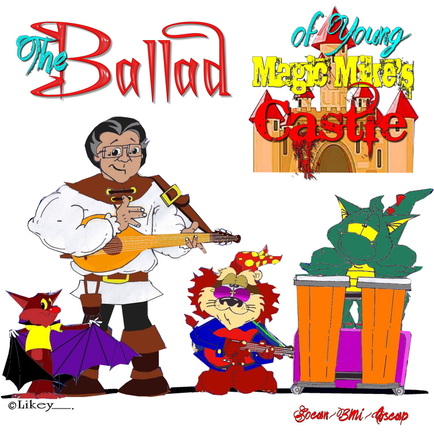 ﻿Thank-you's from some younger students...﻿

Creator of his own comic books... 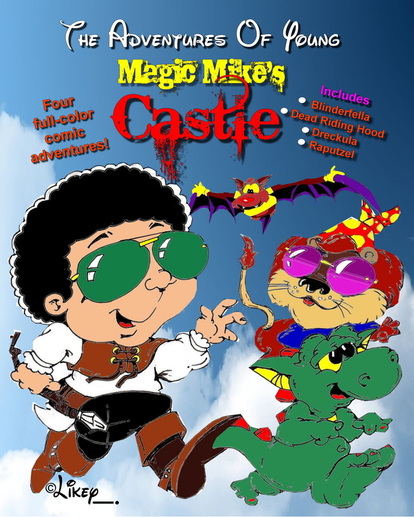 ...and producer of his own animated short features

Thirty-Minutes featuring magic and music for kids and adults alike! things appear, disappear, multiply and divide in the spectator's hands! A finger-ring instantly vanishes, only to re-appear hanging in a key-case! Mind-reading, apparent miracles with jumbo playing-cards...TONS of audience-participation laughter, fun, mystery and color! Beautiful, elegant magic is performed to music in-between the audience-participation illusions!
upon request, Mike will bring along his guitar for sing-a-longs.
THIS SHOW IS SUITED TO ALL AUDIENCES AND PLAYS WELL IN HOMES, MALLS, FAIRS, THEATreS, RESTAURANTS AND EVERY LOCATION THAT HAS A STAGE(ALTHOUGH NOT NECESSARY)
You'll be amazed and amused with this audience-participation, fun-filled show! NOTE-show not exactly as described. We reserve the right to change and/or substitute some tricks described for others.

﻿"Thanks for arranging Magic Mike. He was excellent with the children. He had a good sense of the age of the kids and was great at getting participation from them. I have never seen the kids sit still that long. He really captivated and engaged them."﻿-Tara, Birthday-Child's Mum
﻿

"HOW TO QUIET AND CAPTIVATE THE ATTENTION OF 30+ HYPER EXCITED CHILDREN AND THEIR FAMILIES! MESMERISING!"
﻿-DANIELLE PAYETTE, MANAGER, PLACE MAILLARDVILLE COMMUNITY CENTRE-﻿﻿﻿﻿

Magic Mike Likey's Original Magic In Magicians' Trade Journals
NOTE- For copyright reasons, and to protect magic secrets, we can only publish parts of the articles. Thank-you for your understanding and co-operation.